When a company is deemed to be solvent, the liquidation process would typically involve a members’ voluntary winding up which is triggered by the shareholders of the company. This is a relatively quick process and is much simpler than the other forms of liquidation mentioned earlier.

When a company passes a resolution for the dissolution and consequential voluntary winding up, it is required to deliver a notice of such resolution to the Registrar within fourteen days from the date of the dissolution of the company.

A company shall cease to carry on its business except in so far as may be required for the beneficial winding up thereof as from the date of the resolution. Furthermore, any transfer of shares, unless sanctioned by the liquidator of the company, after the date of the dissolution shall be deemed to be null and void.

Furthermore, the Companies Act, provides for remedies and sanctions applicable to exceptional instances where the liquidator is not appointed by way of an extraordinary resolution.

Qualification and prohibitions of liquidators

A person shall not be qualified to act as liquidator unless the person is an advocate or is an individual who is a certified public accountant or is a certified public accountant and auditor. A person may not act as a liquidator if he/she has held office of director or company secretary or has held any other appointment with or in connection with that company, at any time during the four years prior to the date of dissolution.

Striking company’s name off the register

Upon the filing of the accounts and the final scheme of distribution, together with the auditors’ report, the Registrar shall forthwith register them and upon the expiration of three months from the publication of the notice, shall strike the company’s name off the register.

How can we assist you?

We can provide you with our professional assistance in the dissolution and consequential voluntary winding process of your company.

Our professional services include the following: 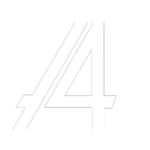